HuffPost Live is a live-streaming network that puts you, the community, front and center. HuffPost Live streams 12 hours of original programming 5 days a week with highlights showing overnight and on weekends. We operate out of a state-of-the-art studio in New York City and feature a rotating team of hosts and producers.

Joseph is a highly evolved spirit guide who is deeply concerned about the fate of mankind and returns to channel important spiritual information from the higher realms through the spirit medium – Michael G. Reccia. This interview is based on the book The Fall

The whole point of this book is to explain why you are as you are now, why you come back here and why the Earth is a hostile and violent place of seeming lack, and to give you that knowledge (that should resonate with your soul from a time before the Fall) so that you can, through your heart-centre, reason your way out of reincarnation and out of the effects of the Fall. Then the planet can be restored to its former purpose and you can be restored to your former heritage.

There's More to Life Than This: Healing Messages, Remarkable Stories, and Insight About the Other Side from the Long Island Medium by Theresa Caputo(2013-10-01) 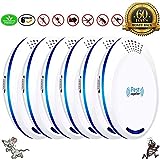 There's More to Life Than This: Healing Messages, Remarkable Stories, and Insight About The Other Side from the Long Island Medium

For decades pop culture and folklore have generated stories relating to paranormal phenomena which helped cultivate generations of explorers investigating ghostly activity. With the latest update to Excelltech’s Paranormal Recorder, the hunt for communication from apparitions is as close as your smartphone.

According to developer Ed Williams, paranormal phenomenon is most often reported with abnormal electromagnetic fields. “The Paranormal Recorder uses raw, magnetic data from the device’s digital compass to trigger audio recording,” he said. “The electronic voice phenomenons, or EVPs, are caused by electromagnetic fluctuations, which reflect paranormal forces that occur during these communications.”

Originally released in March of 2009, Paranormal Recorder only records audio when the electromagnetic fields around the device fall outside normal limits. Just as a motion activated light helps detect possible intruders, the electromagnetic activator recorder helps the paranormal investigator detect a ghostly visitor. An entire night’s worth of recording can be reduced to a dozen minutes of audio that had high electromagnetic fluctuations associated with it.

Since the April 2011 release of version 3.11, users of Paranormal Recorder have uploaded more than 1200 possible EVP samples to the audio sharing SoundCloud. With the recent release of version 4.0 investigators and skeptics alike can further discuss paranormal issues on the apps Facebook page. “Paranormal Recorder gives ghosts the opportunity to communicate with the people on this side,” said Williams. “The data can be captured and downloaded for further analysis, bringing communication with the other side into the palm of your hand. You might say this app puts your finger on the pulse of paranormal activity.”

All you need is a device with the iPhone Operating System 4.0 or later and $ 2.99 to start downloading the next best thing to being there! Paranormal Recorder 3.11 is available worldwide exclusively through the App Store in the Utilities category.

Excelltech, creator of the famous “Fake-a-Call” app, has designed over 30 applications for the iPhone as well as several titles for the Blackberry and Android platforms. The company is dedicated to utilizing mobile technology to deliver useful innovations and entertaining diversions. For more information on Excelltech please contact them online. Copyright (C) 2011 Excelltech Inc. All Rights Reserved. Apple, the Apple logo, iPhone, iPod and iPad are registered trademarks of Apple Inc. in the U.S. and/or other countries.